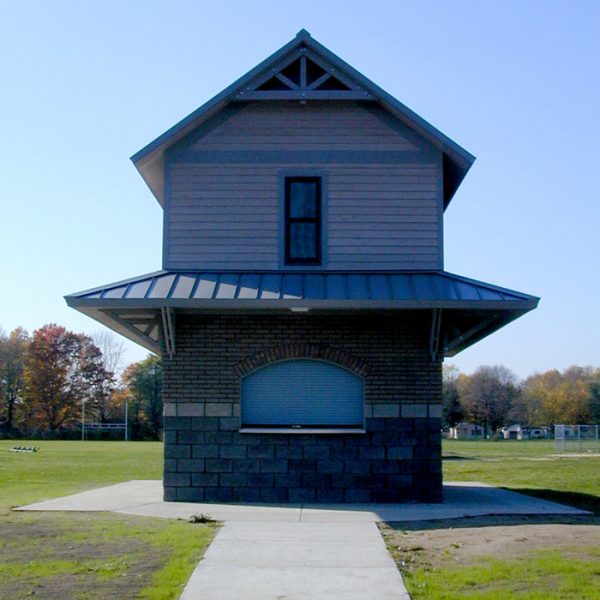 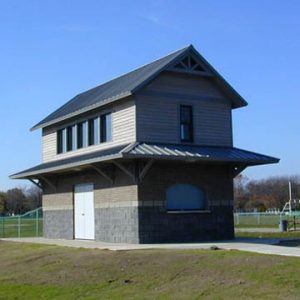 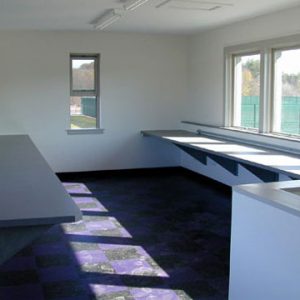 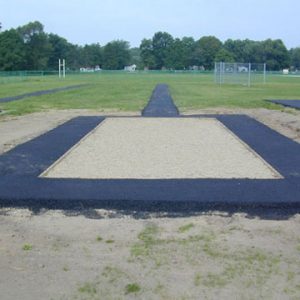 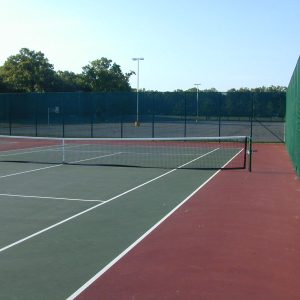 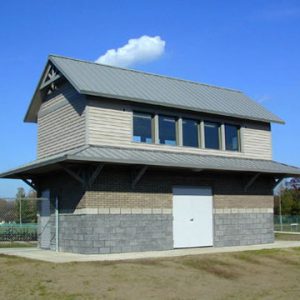 This project consists of significant improvements and an expansion of the athletic facilities at Clay High School. A new two story press box building was built to serve both the existing track and softball field. This structure houses not only the press box on the second level, but also a storage area and concessions stand on the ground level. It is constructed of an 8” reinforced CMU base, brick, stained cedar wood siding, and a standing seam metal roof. During sporting events the press box windows are able to slide completely into the walls, allowing for unobstructed open-air views of the track to the North and the softball field to the South.

The track itself, as well as the facilities for the field events such as long jump, pole vault, high jump, discus, and shot put, were completely resurfaced with an all-weather material . The tennis courts were expanded to allow for a new spectator alley and was enclosed by a new 12’ high fence with wind screening. In addition to this, a new concrete walk was provided to create a better pathway between the courts and the track/press box area.