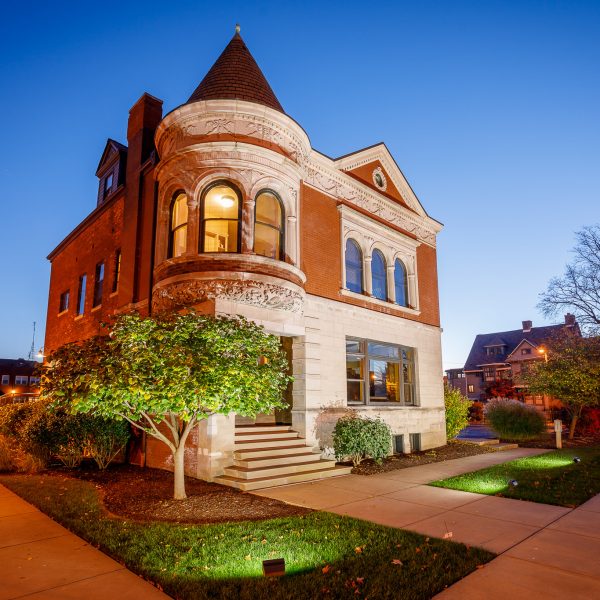 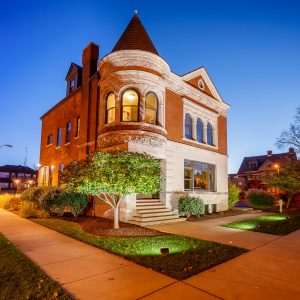 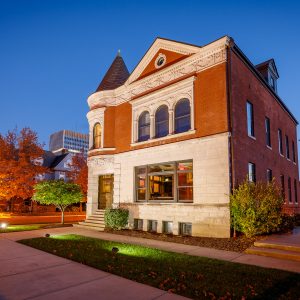 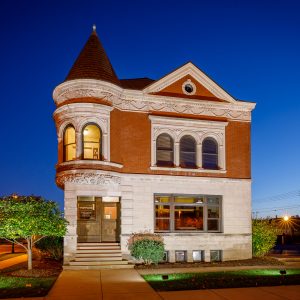 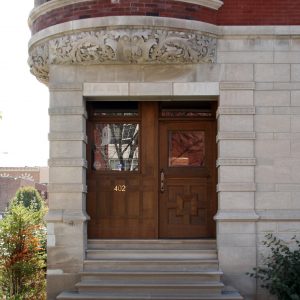 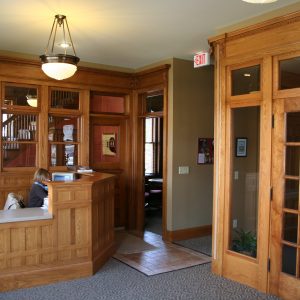 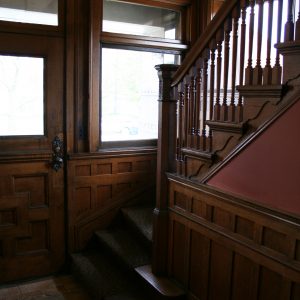 This project involved the relocation and rehabilitation of the old South Bend Remedy Company Building for the Historic Landmarks Foundation of Indiana. Originally built in 1888, the building served as the dispensary for the old Remedy Company until it went out of business in the 1920’s. Now relocated to the Southwest corner of West Washington and Franklin Streets, the first floor of the building has been restored and renovated to house the office of Historic Landmarks Foundation of Indiana. The second floor is finished into an apartment. The exterior masonry, windows and roof have been restored to its original condition.